The importance of squad stability in Belgian football (CIES Research)

Recent research of CIES focused on the relationship between consistent squad management and sporting success. In a sport like football, team performances are often determined by how a team performs as a whole, where team chemistry could outweigh the individual sum of talent in a squad.

CIES measured squad stability through the share or percentage of recruited players in a team’s squad. According to their research, more stable teams earn more points per game. This highlights the difficulties transit leagues like e.g. Belgium and the Netherlands need to balance. Every year most of their talented players are taken away by bigger clubs. Next to the need of an adequate replacement, they lose next to the individual talent of the sold player also the chemistry or tactical links with his previous teammates. This article confirms that also for Belgian clubs it is beneficial to maintain a stable squad and thus to avoid being too speculative on the transfer market.

The map below (Figure 1) shows the % of new signings in squads (from 2009-2017). Looking at the map, Belgium (40,7%) is among one of the most instable leagues in European football. Only leagues like Greece (48,7%), Serbia (51%), Turkey (48,7%) perform worse in terms of squad stability. This result reflects the inability of Belgian clubs to keep their best players. For Belgian teams it’s often difficult to find a new replacement with the same quality when a ‘star’ player is sold. This can lead to over-speculation on the transfer market, when clubs try to bring in large quantities of players in the hope that one will stand out. 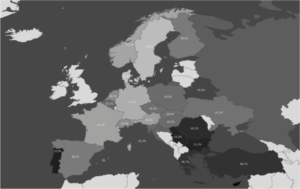 Next to that, CIES also mentioned that a lack of vision could be the main cause of this increased transfer activity: When clubs only rely on tips of agents (the so called agent driven clubs) rather than building their own scouting network (the so called scout driven clubs), player trading may be easily directed towards personal profits in the form of commissions rather than the sporting interest of teams. Operation ‘Propere Handen’ in Belgium clearly showed that such ties between agents and clubs exist.

2. The relationship between squad instability and sporting results in the Belgian Jupiler Pro League

The graph below (Figure 2) goes deeper into this issue of squad stability by looking at the relationship between the share of playing minutes of newly transferred players and the earned points in the first 11 games of the Belgian Jupiler Pro League. The graph confirms the negative relationship (blue trend line) between squad instability as clubs who play less new players also win more points. 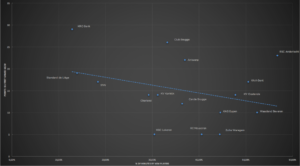 Figure 2: % of playing minutes of new players and points won in the first 11 games of the JPL (source: Transfermarkt)

In one of our previous articles, the data from the first 10 games indicated that Genk could be heading towards their 4th title. Looking at the graph, Genk’s (premature) success could be partly explained by the fact that they have kept their squad together. In this way Genk is able to exploit their team chemistry to the full extent. Genk is also known to be a scout driven club rather than an agent driven club.

The above article suggested that also in Belgium more stable squads tend to have better match results. How clubs can achieve this, is difficult to assess. Clubs who are committed to keep their best players often run the risk of losing their key players in the last days of the transfer window, thus being left with no adequate replacement. Good quality scouting could be part of the solution.